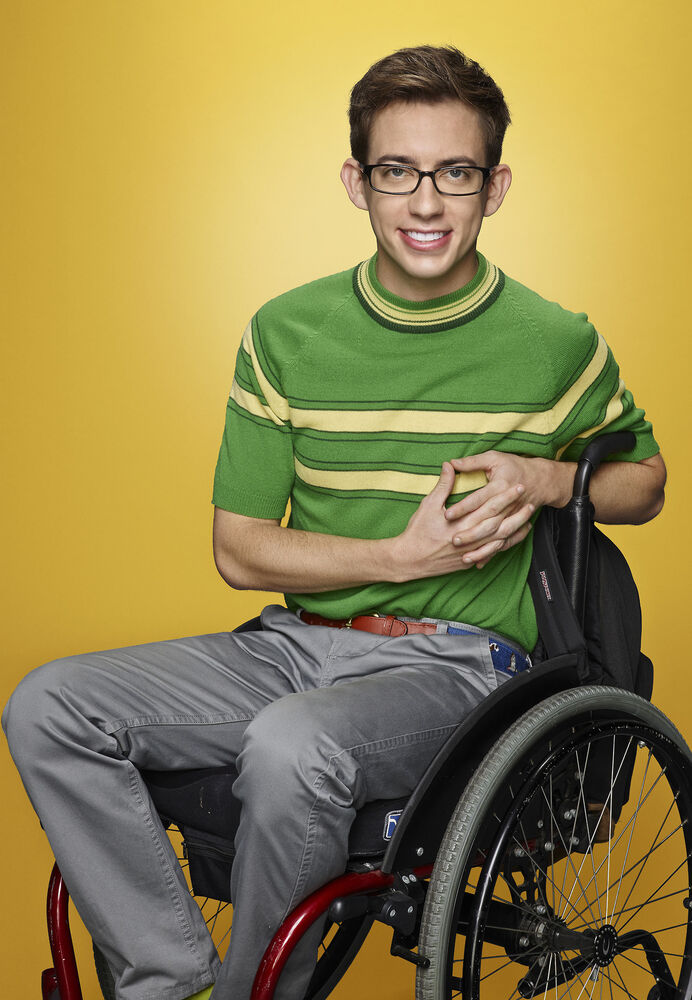 Arthur “Artie” Abrams is one of the main characters of The Wildebrams Saga and my other stories.

He is an alumnus of William McKinley High School, where he actively participated in the school’s Glee Club, New Directions until his graduation. He is currently a student at the Brooklyn Film Academy in New York.

Artie is a paraplegic. It is revealed in Wheels that he had got in a car accident with his mother when he was eight-years-old, which resulted in him being in a wheelchair. Although he is in a wheelchair, Artie refuses to let that get in the way of his ambitions, such as in Britney/Brittany, when he decided joins the football team. In Dream On, it is revealed that Artie dreams of being a dancer, despite being paraplegic and hopes to find a cure for his disability . At the beginning of Season Five, Artie started a relationship with Kittybut they broke up some time after he moved to New York. He graduated in New Directions, along with Blaine, Tina, Sam, Brittany, Becky, and the rest of the seniors. He returns to McKinley to help Kurt and Blaine find new members for the Glee Club and he also becomes Brittany’s and Santana’s wedding planner. In 2009, it is revealed that he originally auditioned for the Glee Club, because of a bet he made with Tina’s goth friends. In Dreams Come True, five years after New Directions’ win at the 2015 Nationals, he rekindles his relationship with Tina. He becomes a film director and is present during the re-dedication of the Auditorium, performing I Lived with the former members of the glee club.